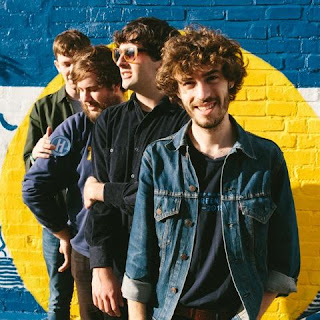 Ahead of their second album 'Big Box Of Chocolates', Hooton Tennis Club have shared 'Katy-Anne Bellis'. The track is about band member Ryan's ex flat-mate Katy and keeping in touch after 15 months of living together. Its a nice slice of indie with some catchy lyrics and melodies. The album tracks reveal stories about characters (both fictional and real) like Katy and even BBC6's Lauren Laverne, turning vocalists Ryan Murphy and James Madden into album narrators.


Hooton Tennis Club have played at numerous festivals including Glastonbury and Greenman, along with a string of gigs at SXSW and CMJ New York. Its no surprise then the day after 'Big Box Of Chocolates' is released on October 21st, the band take to the road to spread their music on an extensive tour of the UK and Europe.

You can pre-order their upcoming album HERE which is released by the awesome Heavenly Recordings. To see the band live, tickets are available for the following dates: