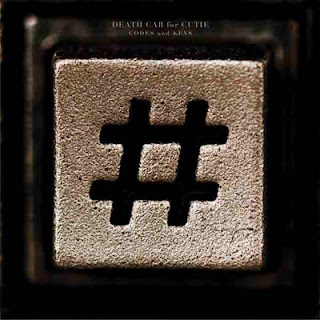 It feels like an eternity that I have been waiting for this album. The moment I heard it was in the making I was ready for the release. If you are the same and are still waiting, then you are in luck my friend! NME are streaming the album online now for your listening pleasure.
http://www.nme.com/blog/index.php?blog=122&p=10360&title=stream_death_cab_for_cutie_s_new_album_c&more=1&c=1
I would like to say "my favourite track so far is..." or "I particularly like how they did such a thing on such a track" but I cant. Its not an album of hits and misses, its a record to be listened to in its entirety.
I'm just about to pre-order my copy and engrave it to my memory, ready to watch them in July.
Posted by Matt at May 25, 2011 No comments:

http://www.jeffpianki.com/
Above is a link to Jeff Pianki's website. Kind of a 'one stop' where you are able find tour dates, watch videos, buy/listen to music and follow news and updates. One to add to the favourites tab I think!
In December last year Jeff was kind enough (as he always is) to answer a few questions, here is a link to the article: http://perfectmixtape.blogspot.com/2010/12/9-questions-with-jeff-pianki.html
﻿
Posted by Matt at May 24, 2011 No comments:

When Bands Do AMAZING Covers...

Recently Dallas Green aka City and Colour, has been expressing his love for Adele and paid his tribute with a cover of 'Hometown Glory'. Quite a cover too! I wish I had been there to see it live, but for now YouTube will have to suffice.
Here are some other covers I like.
Band of horses covering Cee Lo Greens 'Georgia'
The Killers covering 'Girls Just Wanna Have Fun'
Death Cab For Cutie cover 'I Wanna be Adored'
Four Year Strong cover 'Shes So High'
﻿
Posted by Matt at May 15, 2011 No comments:

I cant stop listening to this song.

Its one of my favourite releases of the year so far and I can't wait for the album release on the 16th (24th in the US)
﻿Friendly Fires - Hawaiian Air
SO. SO. GOOD!
Posted by Matt at May 10, 2011 No comments:

It seems that we are being flooded with new music at the moment, a relentless wave of talent braking though just in time for our summer BBQ's and beach themed parties.
One such breakthrough is 'Theme Park'; a band that has built quite some hype behind them in the past week.
Below are two tracks, along with a link to the bands facebook page. 'Milk' will deffinatly be a track to listen out for this summer.
Theme Park - A Mountain We Love
Milk by Theme Park
http://www.facebook.com/themeparkband
Posted by Matt at May 08, 2011 No comments: 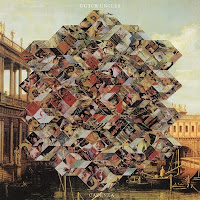 Manchester's Ducth Uncles have released the video to 'Cadenza', the title track from their latest album which was released﻿ last week.
Dutch Uncles - Cadenza
The band are currently on tour promoting their new album and you can catch them this month at the following venues:
12th: Brighton The Great Escape
19th: Liverpool Sound City
20th: Newcastle Other Rooms
21st: Friends Of Mine Festival
23rd: Leicester The Musician
24th: Cardiff 10 Feet Tall
25th: Oxford Jericho Tavern
26th: Bath Moles
27th: Windsor Fire Station
31st: XOYO London
Hopefully they will continue to progress the way they are now and gain the recognition they deserve.

My Favourite Advert At The Moment

KFC Advert 2011 Ft. Temple Cloud
Recently, ﻿KFC have released a new advert here in the UK showing a family getting together in the summer for a meal. The advert is attracting a lot of attention due to the beautiful sound track and quite a few people, including myself, first thought the artist on the video was Paloma Faith; an easy mistake to make.
The music is in fact a band named Temple Cloud, covering 'One Big Family' by Embrace.

I like both the original version and Temple Clouds version equally. Hopefully we will hear more from Temple Cloud as demand grows!
Here is another two adverts from KFC I think you may like, this time featuring some great Northern Soul.
Posted by Matt at May 02, 2011 No comments:

Wildlife - Stand In The Water
If you like your indie music then you have to check out the album 'Strike Hard Young Diamond' by 'Wildlife'. You can listen to the recording in its entirety on the bands Bandcamp page http://wildlifeband.bandcamp.com/album/strike-hard-young-diamond-2 where you are also able buy the album should you choose.
Posted by Matt at May 01, 2011 No comments: