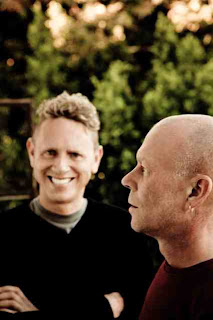 Electronic music would not be where it is today without its founding fathers. Two of the most respected of which are Vince Clarke (Erasure / Yazoo / Depeche Mode) and Martin L. Gore (Depeche Mode) and for the first time in 30 years the pair are once again working together.
VGCM are set to release an EP at the end of this month followed by an album in spring 2012.
EP1 / SPOCK will be available initially as a global exclusive on Beatport on 30 November, and then on all DSPs from 12 December with the 12" release following on 19 December 2011.
EP1 / SPOCK TRACKLIST
Spock - Album Version
Spock - Edit Select Remix
Spock - Regis Remix
Spock - DVS1 Voyage Home Remix
Spock - XOQ Remix
Bring on November 30th, hope it is as good as its deserves to be!
Posted by Matt at November 26, 2011 No comments: 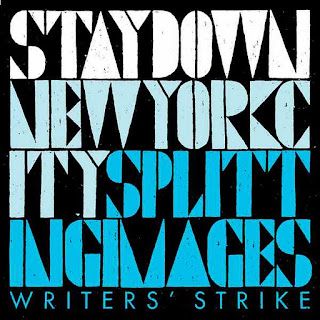 Writers Strike are a 5 piece band from Halifax Nova Scotia and 'Stay Down' is their recent release.
Recorded at Sonic Temple Recording Studio, this great EP is a window into the future, a sneak preview of what this band have to offer when they release a full length album sometime 2012.
My favourite track is 'Splitting Images'. Verging on the edge of post grunge, you fall into this track, pulled along by the mellow melodies. I also love the later half where it is imposible not to join in with the crowd vocals, something I am sure would sound amazing live.


To listen to the EP or buy for whatever price you fancy, head over to the bands bandcamp page bellow.
http://writersstrike.bandcamp.com/
Posted by Matt at November 17, 2011 No comments: 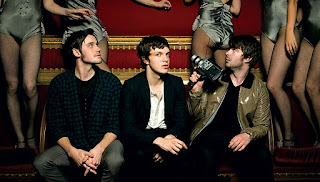 After canceling several tour dates due to illness, Friendly Fires have rescheduled and are due to pick back up in December. Great news? Yes, unless like me you have an exam in the evening of your rescheduled d﻿ate. Yesterday I was disappointed and now I think I am just cursed!
The recheduled dates are:
Manchester Apollo - December 15th
Southampton Guildhall - December 16th
Newcastle O2 Academy - December 18th
Nottingham Rock City - December 19th
Glasgow Barrowlands - December 20th
On a more upbeat note, Summer Camp have announced details of a tour next March! 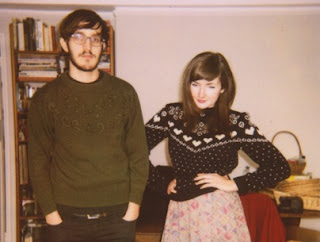 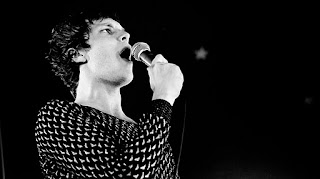 Friendly Fires have had to cancel several UK tour dates due to Ed having Laryngitis.
I was hoping this wouldn't be the case as I was due to watch them perform at the O2 Apollo in Manchester, but this morning the text arrived. Devastated.
Hopefully Ed's throat will get better and the tour will be rescheduled soon.
Still can't wait to see them live, whenever that may be.
﻿
Posted by Matt at November 16, 2011 No comments:

Some Beautiful new chunky riffs from Four Year Stong :D
Hopefully these guys will be touring sometime soon! They are equally as awesome live as they are recorded.
Posted by Matt at November 10, 2011 No comments:

Los Campesinos: By Your Hand

Los Campesions! are a band I had heard of but never heard.
Yesterday I was reading http://norfwudsmusic.blogspot.com/ and his recent review promted me to finaly check out this band.
By Your Hand - Los Campesinos!
Hello Sadness - Los Campesinos!
I like them ALOT and I'm quite annoyed that I didnt check out this band sooner. It is instantly likeable; a comfort simarly found with band such as 'The Wombats' or 'Okay Go'.
Any suggestions of more bands I need to hear, please let me know! It will be much appreciated.
Posted by Matt at November 06, 2011 No comments: 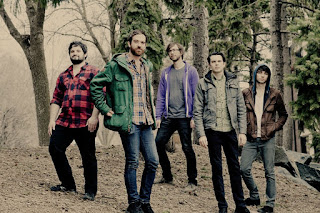 Every now and then you come across a band that makes you stop what you are doing and just listen.
Milagres are one of those bands.
Halfway - Milagres
Glowing Mouth - Milagres
Outside - Milagres
http://milagres.bandcamp.com/
http://milagresmusic.com/
Posted by Matt at November 04, 2011 No comments: