I'm Glad It's You 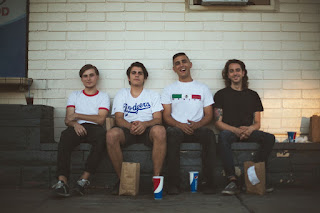 I cant remember how I ended up listening to 'I'm Glad It's You' on Spotify, but... I'm glad I did.

Recently I've been listening to a lot of American indie rock, that's a broad genre as some bands lean more towards a post punk feel, some are kind of pop punk and then some have emo vibes. 'I'm Glad Its You' nicely blend acoustic melodies with raw distortion, choral chants and indie riffs. They do it really well too.

I decided to check out their Instagram after hearing the album and was stunned by what I read. Heading out on tour in July, they were involved in a car accident which injured band members and tragically took the life of a close friend and champion of the band, Chris Avis. I was moved reading the posts that followed the accident, the sincerity of their tributes to a lost friend were heartbreaking.

Thankfully 'I'm Glad It's You' will continue to make music and perform shows, with all members having made a full recovery. I think its the only thing they can do, move forward and carry Chris Avis in their hearts.

They have shows coming up this month and you can check out their music online, I strongly recommend you do. Below is their track 'Curbside' which is their most played on Spotify.

I've rarely had time to post at all but I am hoping to start sharing music again going forward.

Here are some tracks I've been enjoying in 2017 so far.

Sorority Noise - Blonde Hair, Black Lungs.
This track appeared as a suggested track on Spotify and as the track opened I was gripped. The track is an intravenous hit of raw emotion and I found myself shouting along almost instantly. I immediately played the track on repeat a few times and then went on to listen to the rest of the bands work that day. I also had the chance to see Sorority Noise play live this year at Slam Dunk Festival here in the UK. They didn't disappoint and got a great reception; I'm hoping they'll be back over on their own tour again soon.

Rich Chigga - Dat $tick
I think I am responsible for about a million of the plays on this video. Its just straight up bad-ass. Play it loud and feel the bass shake you. 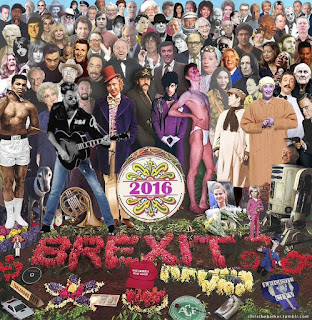 It was a year that divided us in politics and then united us in grief for the many we’ve lost. It shocked us with each week and in some cases each day that passed; Bowie must have known something when he bowed out at the start of the year.
However, like each year before and each year that will follow, the music we listen to scores the scenes that play out in our lives. We all heard ‘Black Star’ and ‘Lemonade’ and agree they are fantastic, so rather than another list that highlights the hits and then champions the aforementioned; in no particular order, these were my favourite sounds that played through my 2016. 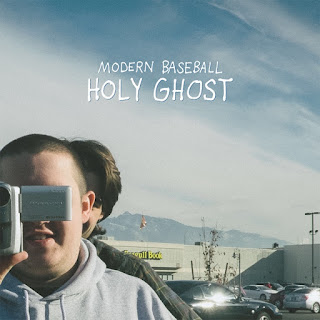 Modern Baseball – Holy Ghost
I read about the release of ‘Holy Ghost’ and decided to check it out on Spotify. Modern baseball was a band I was aware of but hadn’t really listened to for some reason, but upon listening to the album from start to finish I then went on to listen to their back catalogue the same day. I found their music and lyrics relatable, an image of suburban issues and similar experiences of growing up. Their sound is awesome too, like post punk meets death cab, melodic with pit worthy songs you can lose yourself within. They are a band I will always follow closely from now and will be one of the few saving graces of 2016. 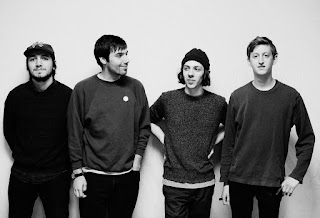 LvL Up – Somebody Kill Me Please
I shared this track in March 2015 but have continued to listen to it throughout this year. To me it’s one of the greatest tracks to begin with (seriously) but then LVL UP brought a band to it and a melody and substance and just… This might make the list every year. 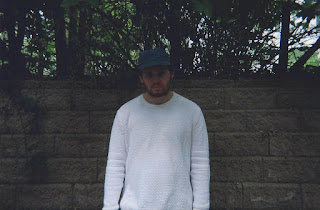 Alexander Bent + The Emptiness – Dead, In The Water
I am not sure how I ended up on Alex’s Instagram, I think I was lost in a scroll session. I followed some links and soon enough I was on his Soundcloud listening to his output. What struck me first was the production quality; it’s flawless and immediately validates everything that has gone into the tracks. Since that first listen I’ve spoke with Alex a number of times and he’s a truly humble guy. His tracks lay everything bare and he shares his raw emotions with you through each piece. Apart from ‘Hold On To Me Forever’ the music rarely follows a standard structure, and is often comprised of several songs within the song. When I asked Alex about this he said his music is influenced by the ambience of dreams. This is most clearly evident in my favourite track ‘Interlude for the Mood’ which takes you through different scenes in a very dream like manner. This album didn’t receive any mass recognition, but the listens are there and hopefully these will grow. I honestly believe this has the potential to be an album that’s looked back on as the start of something great. 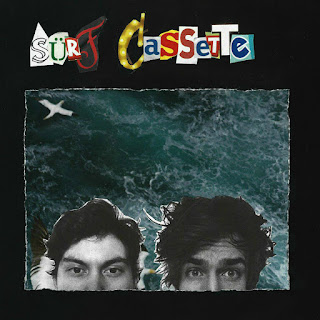 Surf Cassette – Summers End
This year I started using Instagram to find new music online and thankfully so as without it I would likely not heard ‘Summers End’ by Milan duo Surf Cassette. It takes clear influence from 60’s pop with simple chord structures and a train like drum beat, all touched with a lo-fi feel that cements the song together. It’s a format that has seen resurgence with the likes of Burger Records and the artists they represent, and you would be hugely mistaken if you thought it was an easy one to recreate… Not everyone can get it just right like Surf Cassette have here. 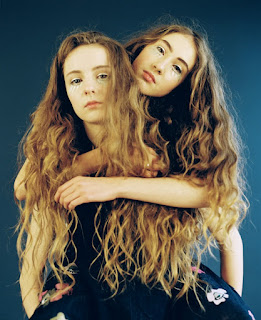 Let’s Eat Grandma – ‘Sax In The City’
The creativity behind this track is unfathomable. Imagined by the young multi-instrumental duo ‘Let’s Eat Grandma’, the track has depths and textures to make the most established acts enviable. Silk vocals and a myriad of sounds are layered to create a fantastic end result. I particulate like the solo which comes in at 3:50 and carries the track out, it reminds me of Soft Cell and how seemingly simple sounds can be used to create the most beautiful of melodies. 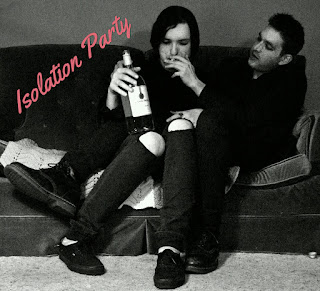 Isolation Party – Be Easy
I have been gripped by ‘Be Easy’ since first hearing it. It’s HUGE, weighty and uses all the right chords to give me that feeling right in the middle of my chest. It’s the all-consuming feeling you get when you know you are hearing something magical. Some tracks have that effect and for me this really is one of those tracks. I think I will always listen to ‘Be Easy’ and somehow it feels like I always have.

Music is always best shared, thanks for reading.
Matt
Posted by Matt at January 09, 2017 No comments: