The Summus Peak : What We Could Be 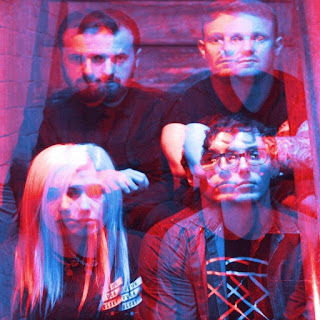 The Summus Peak are an Alternative Hardcore band from Wigan in the UK and consists of 4 friends, James Sheppard, Lucci Ormrod, Chris Jones and Andy McGrail. Each member was working on their own thing when the band came together to collaborate on material wrote by James, started as a side project from his band Cale Lane. In contrast to the firmly 'Metal' Cale Lane, their music is more melodic with a cleaner sound; drawing influence from bands like Alexisonfire and other post hardcore bands.

Below is their latest offering 'What We Could Be', a track of epic proportions that firmly claims their place and creates intrigue and interest in what will follow.


I spoke to Chris from the band to find out more about this emerging force.

How did you decide on the band name and what's the meaning behind it?
James already had the band name for his project when it all first started; Summus means highest in Latin so it basically means the highest peak. He chose it because he writes positive lyrics and has a love for the outdoors and nature. It pays homage to his favorite pastime - mountaineering.

Who and what influences your music?
We drew our initial sound from European post-hardcore bands such as viva Belgrado and the tidal sleep. We are really inspired by their large atmospheric passionate sounds and wanted to bring that to the music we make.

How does the writing process work for you? Do you work separately and come together with ideas or is it a jamming session and seeing what comes out of it?
Originally James had a lot of material written as the band began so we just worked on it together in the practice room, but in the most recent months everyone has been bringing chords and ideas to the table. The lyrics to our newest song was written by Luci from her own inspiration. She also decided the structure, but the chords where written by Chris and Andy, so we're getting input from everyone really.

There are some long time friendships in the band, does this help when working on new songs and writing parts for each other?
Andy and Luci worked together as a wedding band where they would cover bands such as fleet foxes and first aid kit so they have a really good idea of how to create harmonies. They're both multi instrumentalist too so they can write for most instruments and help structure and arrange the songs. James and myself have played in different bands together for years now and both have a very similar music taste. We both know what each other wants to achieve musically from this band so that really helps.

What inspired your track ‘What We Could Be’ and what does it mean to the band?
What We Could Be was written as we approached a stage in life where people around us are dropping hobbies/musical projects and changing life direction or "growing up". The song is questioning whether there is a right time to drop a passion that has been your life as well as encouraging doing what you love. I don't have this answer.

What’s the bands plan for the near future? Can we expect any releases?
Yeah we're currently working hard to get a solid set of songs together so we can record an EP, and we are aiming to be in the studio early next year.

Finally, if you could do a split 7” vinyl release with ANY band… who would it be and why?
Alexisonfire.....because they are the only band ever.


You can hear their music on Spotify and Bandcamp and follow their facebook page for updates of new releases and shows.
Posted by Ellé Evans at December 27, 2016 No comments: