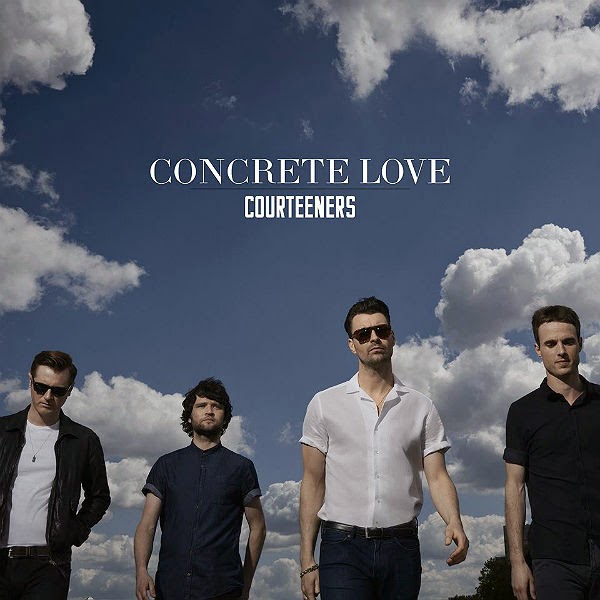 Today The Courteeners have announced thier new album 'Concrete Love' will be released on the 18th August. Written and recorded in Paris, the band worked with producer Joe Cross on what will be thier 4th Studio album. Delux editions will also be avaliable featuring a DVD which shows thier sold out Manchester gigs last summer.

The track listing for Concrete Love is as follows:

Ahead of the album, The Courteeners have given us 'Summer'. The obvious release choice for this time of year, it's catchy and you can almost feel youself sat in a traffic jam on the M6 on your way to somewhere nice (thats british summer right?) You can hear that the band has continued to mature their sound and it works brilliantly.
Posted by Matt at June 20, 2014