To say the past month has been busy would be an understatement, however I did manage to fit a few gigs in and thankfully they were to see Swim Deep and Chvrches. 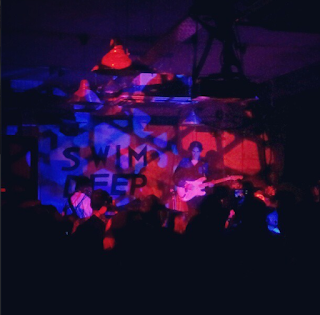 The venue for Swim Deep was Manchester's Soup Kitchen based in the Northern Quarter. Extremely bare bones, but non the less a good venue. The band were preceded by Father Sculptor and Jaws who both did great in their performances, winning over new fans and getting the audience ready for the feature act.
Having only ever heard Swim Deep on Youtube, and a little on the radio (hopefully more in time), I wasn't sure what to expect from their live performance. Too often these days a bands Internet hype and good recordings leave audiences disappointed when they fail to deliver in person. This wasn't the case for Swim Deep. The music is spot on, note for note perfect and is as (if not more) captivating live as it is recorded. Lead singer Austin Williams engages his audience right form the off and doesn't stop until he leaves the stage; he is a front man without the front, it comes naturally. 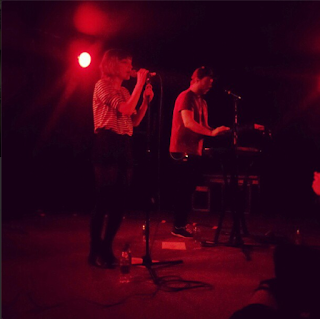 The venue for Chvrches was The Ruby Lounge in Manchester and it was unsurprisingly sold out. Even though they are yet to put out their first release, Chvrches have managed to gain a substantial following. I think the reason behind it is obvious, they create great pop music that appeals to a wide audienc; you only had to look around the room to see that the crowd doesn't fall into one particular click, with the ages that ranged from around 15 to 55.
The opener was 'Lies', one of the few songs in the public domain, and it set the room off. The sound was huge, a wave of Bass with beautiful melodies and vocals riding the crest. After 'lies' Chvrches continued to amaze with each song; the delivery was perfect.
I think the gig was a clear indication that this band are here to stay; the have proved themselves with their recordings and have now shown the can deliver live. Hopefully their releases will gain the credit they deserve and we will continue to hear their music for years to come.
﻿