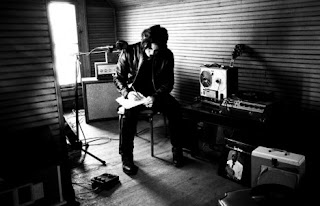 Two weeks ago I got my first car. Im 22 and have held a licence for 2 years now, but finally bit the bullet and forked out for the insurance. 'Love Interuption' by Jack White was one of the first song I heard while driving it and now I can't help but turn it up everytime it plays on the radio.
Jack White - Love interuption
The song, featuring vocals from Ruby Amanfu, is released of his forthcoming album 'Blunderbuss' which is set for release March 20th.﻿
Posted by Matt at March 13, 2012