The Vaccines in High Demand 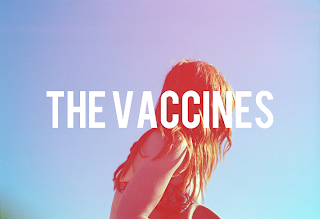 London based, The Vaccines, have rescheduled the release of their much anticipated album "What did you expect from the Vaccines".

Originally due for release on March 21st, the album will now be on sale from March 14th. The album will feature the singles 'Wreckin' Bar Ra Ra Ra/ blow it up' and the hugely popular 'Post break up sex'.

You can catch the Vaccines on tour at the following dates and venues: