Leeds band, "The Pigeon Detectives" will release thier third album "Up, Guards And At 'Em!" on the 4th April along with a single "Done in Secret" on the 28th March.

The band worked with producer and mixer Justin Gerrish at the Brooklyn Recording Studio. Gerrish's portfolio includes bands such as Vampire Weekend, Glasvegas and Weezer.

The tracklisting of "Up, Guards And At 'Em!" is as follows: 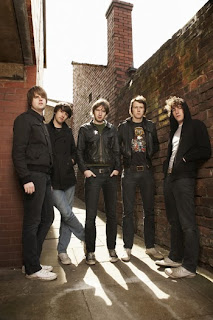