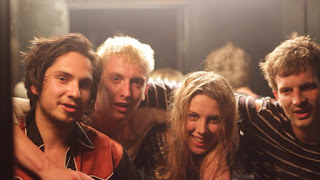 Wolf Alice are a force that shows no sign of stopping. Amongst the constant touring, interviews, festivals and releases, the band have managed to write and record a new track for their ever growing fan base.

'Baby Ain't Made of China' was recorded at the Bad Robot studios of hollywood legend JJ Abrams while touring across America and will be the B-side for the upcoming vinyl release of single ' You're a Germ'. The 7 inch will be a limited run with four possible sleeves, released on October 30th.

As usual the track is gold and fits right in with the existing material. It's a sound of a band who are growing more comfortable with their success and are now able to play around and have some fun with their music.