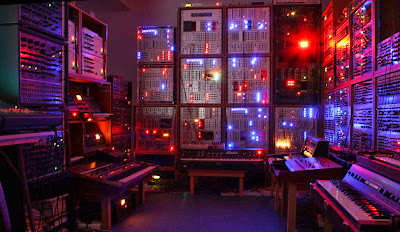 Late in 2012 I read an article stating that 2013 WILL BE the year of the guitar band. Indeed we have had a lot more bands appear on our radar and in mainstream music, but this year for me and you I hope, has been the year that SYNTH returned. It has dominated our airwaves, earphones, adverts, TV shows and festivals. Like a beautiful virus it has spread  under our skin. I love it.

This month, Sub Focus will release 'Torus'. Making music since 2003, a decade of releases have helped Nick Douwma work his way to be one of the UK's top Electronic producers. His tracks are instant hits and are gratefully received by his ever growing fan base. Hopefully the release of his latest album will add a number one album under his belt. It would after all, be well deserved.

One of my favourite tracks of the year that features on the album is 'Turn it around'. The sound is huge. It's a rush to listen to. Oh and Kele from Bloc Party lends his vocals. Enough said really.

This next track is called 'Until the end'. Wow. With a synth hook that immediately reminds me of Gary Numan's 'Oh wo-ah' from 'Our Friends Electric', popping drums and rhythmic synth bass lines, this track is awesome. It adds its self without question to my favourites of the year list. Hopefully the radios will pick up on this gem and make my drives to work that bit better.
Here is some of this great track.


The track listing of 'Torus' is as below:

Labels: Bloc Party, close, endorphins, falling down, Kele, out of reach, out of the blue, safe in sound, sub focus, Synth, tidal wave, torus, turn back time, turn it around, twilight, until the end., you make it better