Lower Than Atlantis: Tour and Album 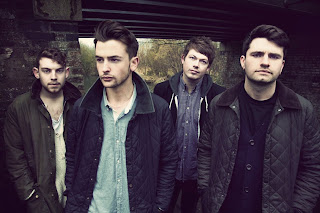 Today, Watford based punk band 'Lower Than Atlantis' have announced the release of their new album 'Changing Tune' due September 17th via Island Records.

The album release will be shortly followed by a tour in October at the following dates/venues:

Really getting into this band at the moment after they was recomended to me by my good friend Chris. Hopefully we will catch the guys when they play the Manchester Club Academy.